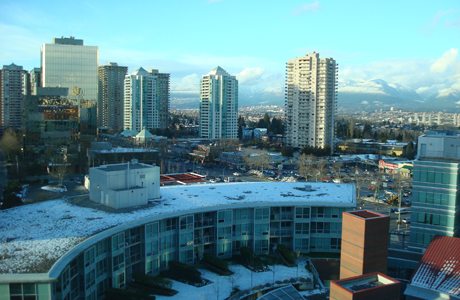 There’s a lot to be proud of when you live in a beautiful city like Burnaby! Whether it’s enjoying the Symphony in the Park on a warm summers day at Deer Lake Park, reading an engrossing book at the Burnaby Public Library, celebrating Canada Day at the Burnaby Village Museum or enjoying a stroll at the Burnaby Lake Regional Nature Park—Burnaby is never short of exciting things do to and places to see.

Throughout its history, Burnaby has won fifteen awards based on its city planning, project excellence, outstanding city structures and sustainability efforts. Below are a few of the many awards Burnaby has won that give it its claim to fame.

In 2002, Burnaby was awarded the Overall Sustainability Award from the Fraser Basin Council because of its excellence in environmental protection, community livability and economic development, ensuring Burnaby’s livability for future generations.

Based on the results, Burnaby was ranked the Best Run City in Canada. Surprisingly, in a world full of municipality debt, Burnaby has remained debt-free and has $633 million in financial reserves in 2009. Burnaby has also turned 25% of its city into beautiful parkland, causing it to have one the highest percentages in Canada. It’s safe to say, Burnaby has put itself on the map with its rankings for environmental health, recreation and culture and economic development.

In 2009, the Canadian Institute of Steel Construction awarded Burnaby the Outstanding Steel Structure Award for the Central Valley Greenway Pedestrian Overpass at Winston Street and the Burlington Northern Railway Crossing. One of the most important components of the Central Valley Greenway, which links the cities of Vancouver, Burnaby and New Westminster, is the pedestrian bridge near the Sperling SkyTrain Station. This beautiful structure was awarded based on its unique design and its role in making Burnaby a more pedestrian and bicycle friendly community.

In 2011, the Council of Canadians and the Canadian Union of Public Employees recognized Burnaby as the first Blue Community in Canada. A community can be recognized as a Blue Community by recognizing water as a human right, promoting publicly financed, owned and operated water and wastewater services, and banning the sale of bottled water in public facilities and at municipal events. Burnaby has adopted all three criteria and has proved to be a leader through its effective conservation and management of water.

In 2011, Intelligent Transportation Systems Canada awarded Burnaby with the Intelligent Transportation Systems Project Award. Burnaby won this award for the city’s emergency vehicle traffic signal pre-emption system. This system allows emergency vehicles to request priority green lights at an upcoming signal, allowing them to get to their destination quicker and safer, without unnecessary delays. As of 2011, all of Burnaby’s 230 signals and over 100 police and fire vehicles were equipped with this system to create a safer emergency transport system for the community.

We Are Open! Covid Safety.

We want you to know that we are open and observing Covid-19 safety protocols. Patient health and safety is our #1 priority, and we use personal protective equipment for all our staff to serve you in a safe and healthy environment.

If you have missed or had to cancel your dental hygiene appointment or had to delay any treatment plans due to COVID-19, now is a good time to book your next appointment.

Please call or email us if you require an appointment.