How Can I Stop My Gums From Bleeding When I Floss? 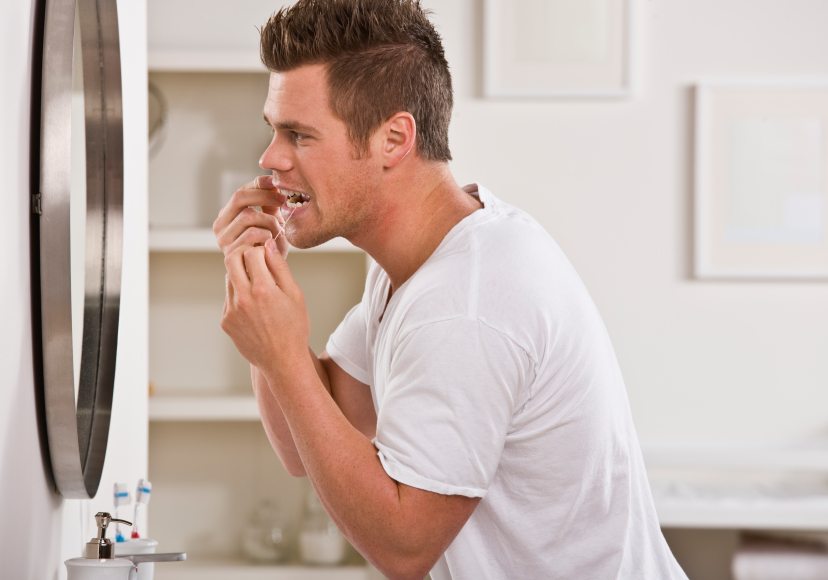 As you eat, particles of food can become lodged in between your teeth. Unless you remove them, these particulates begin to break down. As they do so, they turn into acids and bacteria that can irritate the gums and cause tooth decay. When the gums become irritated, they form blood blisters that break open when you floss, leading to visible signs of bleeding. Fortunately, there are several things you can do to stop gums from bleeding. You are probably already doing most of these strategies, but perhaps it is time to revisit them and see if you might improve upon your technique.

Even though flossing causes your gums to bleed, you should continue to do so. Eventually, you should be able to stop gums from bleeding as you start to floss more regularly. In fact, daily flossing helps to remove the food particles and plaque that create the bacteria that encourages bleeding. Essentially, you can stop gums from bleeding when you floss by removing the source of the irritation/infection that causes it.

Good brushing habits help to eliminate plaque buildup and stop gums from bleeding because it removes the source of irritation. In order to brush your teeth well enough to eliminate plaque buildup, you should spend approximately 30 seconds on each quadrant of your mouth while brushing. Choose a soft-bristled toothbrush to use and brush your teeth two to three times a day to remove most traces of food from your teeth. Make sure that you include hard-to-reach areas such as the back of the molars when you brush to eliminate all bacteria and stop gums from bleeding.

Dear Patients,
We are pleased to announce that we are now open. Please call or email us if you require an appointment.
With that in mind, we wanted to let you know that we have put proper protocols in place and have access to personal protective equipment for all our staff to serve you in a safe and healthy environment.
As healthcare professionals, dental offices are some of the most prepared to keep patients safe as we re-open – as we already follow strict infection control procedures in our regular practice.
Sincerely,
Your Lougheed Mall Dental Team